That unnecessarily gigantic (but cool) image at the top of the worldofroyalty.com home screen is a 16th century engraving of Henry VIII's Nonsuch Palace. I found it at Wikimedia Commons, which says it is in the public domain.

Here's the full image (click it to see a larger size): 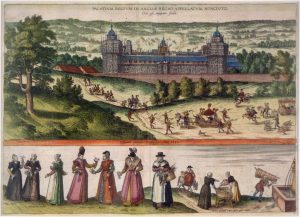 According to Wikipedia, construction started on Nonsuch Palace in 1538, six months after the birth of Henry's son Edward VI. By 1541 it was mostly finished. In 1670 King Charles II gave the palace to his mistress Lady Castlemaine, who "had it pulled down around 1682-3 and sold off the building materials to pay gambling debts." Ugh! 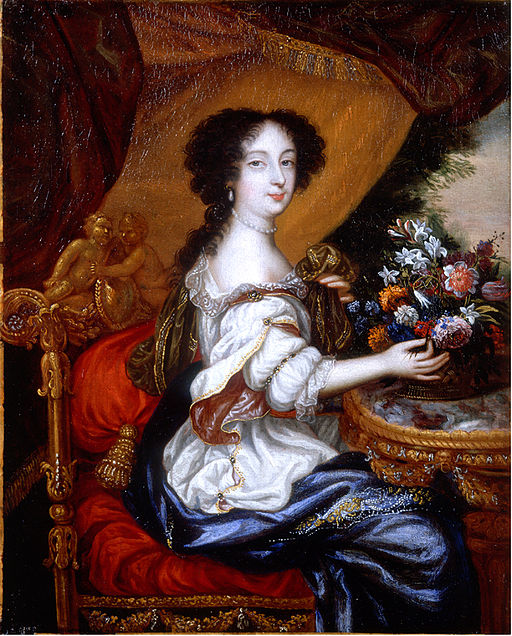 Above, also from Wikimedia Commons, Barbara Villiers, Countess of Castlemaine, a.k.a Barbara Palmer, 1st Duchess of Cleveland, a.k.a. the reason you can't visit Nonsuch Palace. Actually, there was a bit more to her life than that, and you can read about it at (where else) Wikipedia.